Total rating: 146
Rating by «Painting»: 16
Community ratings by author
Uniqueness of style:-
Originality of work plots:-
Mastery:-
I can't imagine not painting. I want everyone to be a little bit happier with my paintings.\"
Vladimir Agapov

Artist Agapov is the traditional style of the Moscow fine arts school, the best achievements of the school reflected in their creations, making them vivid and memorable. His images are a huge positive emotional charge. Due to his sketchy style of painting and the seeming simplicity of the themes and compositions of his paintings seem simple and unsophisticated, but at first glance only. In fact, his works are complex, significant, and deep-sighted. Critics at a loss for what style the artist belongs to, because his works are the elements of naive, primitive, symbolic, and other forms of art. His birds and animals drawn with some deviations from the laws of biology. They say Aesopian language to tell people about their character and behavior in certain circumstances. The paintings are rich in overtones, colorful and fresh. The artist provokes a thinking, thus involving the audience in the creative process. 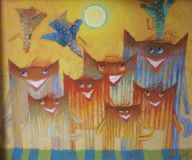 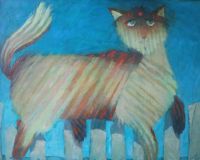 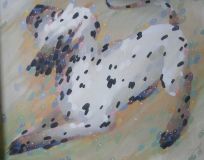 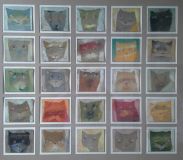 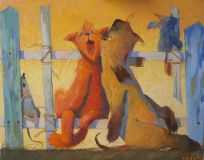 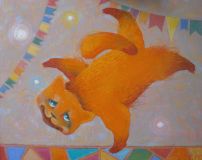 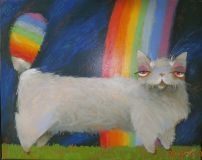 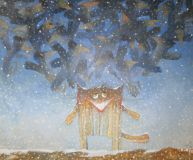