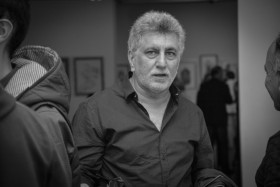 Total rating: 105
Rating by «Painting»: 28
Rating by «Sculpture»: 16
Rating by «Decor»: 1
Community ratings by author
Uniqueness of style:5.0
Originality of work plots:5.0
Mastery:5.0
Akhmedov Zakir Ahmed. In was born in 1955 in Baku (Azerbaijan).
In 1978 he graduated from Azerbaijan state art schools them.Azim Azimzade. Department of sculpture.
In 1988 graduated from Azerbaijan state art Institute named after M. Aliyev.Department of sculpture.
From 1978 to the present, the exhibition took place in many countries.
Member of the Union of artists of Azerbaijan and USSR since 1989.
Author of many monuments. In 2005 he was awarded the prize "Humay"
Sculptures by Zakir Ahmedov are in private collections in many countries of the world.
In Azerbaijan, Turkey, Russia, Poland, Czech Republic, South Africa, France, Germany,
Great Britain, the United States of America, etc. 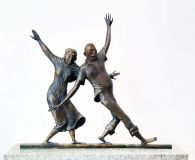 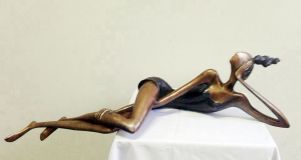 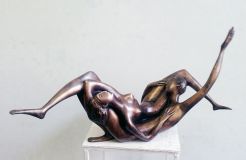 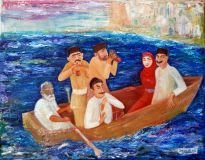 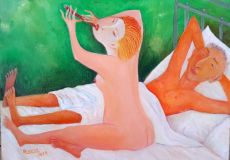