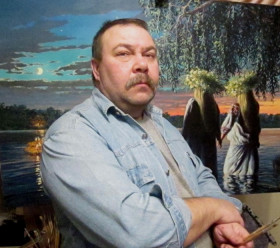 Total rating: 101
Rating by «Painting»: 51
Community ratings by author
Uniqueness of style:5.0
Originality of work plots:5.0
Mastery:5.0
Born October 8, 1967 in the city of Kirovo-Chepetsk, Kirov region.
In the period from 1974 to 1983 he studied at secondary school №5 in Kirovo-Chepetsk. At the same time from 1977 to 1983 he studied at the art school for children where already in the 4th grade was held an exhibition of his own sketches, painted in oil.
From 1983 to 1987 he studied at the art school of the city of Kirov.
After graduation he worked at the factory of mineral fertilizers of Kirovo-Chepetsk as a graphic designer.
From 1987 to 1989 served in the Soviet army. He served in the 21st brigade of special purpose of Internal troops of the interior Ministry. During his service he participated in operations to ensure public safety and the protection of public order in the republics: Azerbaijan (Baku), Georgia (Tbilisi), and Uzbekistan.
During his service he participated in the exhibition of army art in Moscow.
In 1989 he joined the fire Department SVPCH-12 Kirovo-Chepetsk.
In 2013 he retired, but continue working in the MOE at the present time
In parallel with the primary production activities, is professionally engaged in creative activities, namely painting. Regularly participate in various exhibitions of the city of Kirovo-Chepetsk, as well as in regional and regional exhibitions.
Today, many works are kept in private collections of the inhabitants of Kirovo-Chepetsk, Kirov region. The paintings are in the collections of art connoisseurs in Russia, Germany, USA, Korea and France. 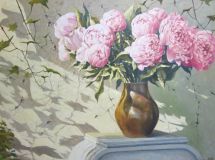 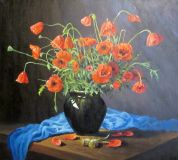 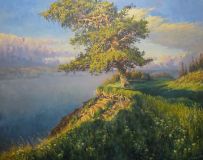 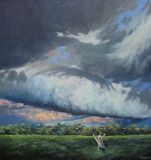 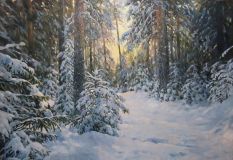