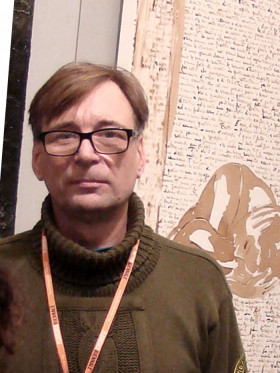 Total rating: 1
Rating by «Painting»: 1
Community ratings by author
Uniqueness of style:-
Originality of work plots:-
Mastery:-
Zherebilo Vasily Vladimirovich was born on 11 December 1961 in the city of Azov in family of workers. Engaged in drawing since early childhood. At the age of ten he was awarded an honorary diploma for the series of seascapes.
In 1978 she graduated from the Regional house of Folk art , received the profession of the artist –designer. Participated in urban and art exhibitions. Among leading artists of galleries JULA participated in 1991 in the International fair of the ART-MYTH in the city of Moscow where the gallery was listed in the ten best galleries in the country.
Vasily Zherebilo also participated in International exhibitions and fairs “ART-MYTH” (Moscow, 1993), “Spring salon”(city of St.-Petersburg 1992), Biennial of contemporary art (Saint-Petersburg 1992). Biennial of contemporary art (Florence, (Italy) 2013), the artist's Works are in the Museum of modern art (Saint-Petersburg) and private collections in Europe and the United States.