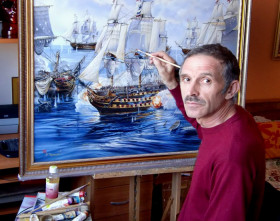 Total rating: 1019
Rating by «Painting»: 67
Rating by «Copies»: 8
Community ratings by author
Uniqueness of style:5.0
Originality of work plots:4.9
Mastery:5.0
Cherkasov Vladimir Vladimirovich
Lives in Moscow.
Working as in the manner of classical realism (historical painting, landscape, still life, portrait), and using the techniques of modern painting.
Works are in private collections of members of the Government and the State Duma. A number of works acquired Novosibirsk Museum, galleries, Hong Kong, Prague, Germany, Poland.
Participated in the design of the Grand opening of the CEH "Manege" after reconstruction in 2005, other events and public holidays.
The presidential decree awarded the Medal of Honor.

I graduated from art school, specialty "Industrial graphics and advertising." Paradoxically, this faculty existed in pre-computer days, when it was stated that "we Have no sex," and that advertising even more. Classes in painting, from the first days of training, many (including me), trying to Express themselves, smeared something in the style of Picasso. But a wise teacher once came up to me said, "take a chance, learn to draw the classics, and when you have mastered the skill to perfection, you will be under the power of anything including and similar stuff if you want." I did just that. However, after graduation, life turned so that fine art had to leave for twenty years.
Later, once in Moscow, when sex and the advertisement appeared in
abundance, I decided to be creative and just painting. Having the predisposition to "take on" a metaphysical intoxication syndrome was quite easy. I've always loved the work of Dali and I started doing surrealism, as the direction combines a realistic painting technique and unlimited scope for the imagination. In addition, the Surrealism, the only objective form of art due to the fact that is based on the subconscious.
Surrealism, unfortunately, understood by few. Usually, looking at these pictures, people ask questions like - "what do you mean by that?".
In this life nothing has meaning,except what meaning you give it. Surrealism - the dictates of imagination over common sense. The thing is, what charged Your consciousness. If it is not prepared, then we can do a lot not to notice at all. It is as if primitive man saw the rock inscription. Of course, she didn't give any difference for him, it would just be some spots and stains.
In General, it's much easier. A. Breton once said: "Surrealism is all around us... When I take a newspaper,
see there on the same page about the wedding and photos and obituaries. What is not an example of surreal creativity?".
And the songs? For example, Yuri Shevchuk (DDT) - "Whistled and fell on the table,
just ate and rolled down the ash..." Sur? Of course, but a great song. And
such examples are enough. Not always and not everywhere it is necessary to search for meaning. More important
to feel the mood, to emotion, to see something of their own.
Artworks of the master
all artworks of the master Abat-CHerkasov Vladimir
Artist's workshop Abat-CHerkasov Vladimir
In which currency should the prices be displayed on the website? 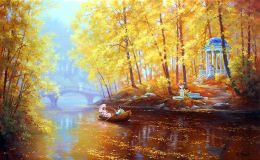 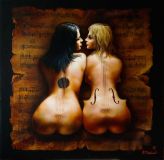 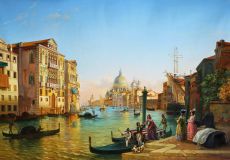 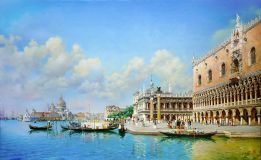 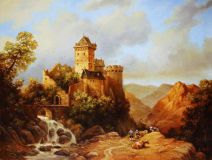