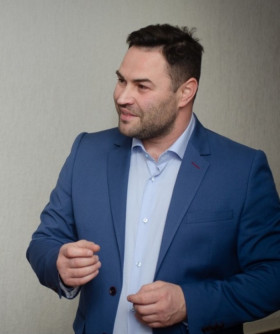 Total rating: 109
Rating by «Sculpture»: 9
Community ratings by author
Uniqueness of style:-
Originality of work plots:-
Mastery:-
Belarusian sculptor Dmitry Oganov was born in 1976 in the city of Novopolotsk in the family of the famous architect and sculptor of the Lion Oganova. Since childhood, Dmitri was fond of drawing and sculpture, learning the basics under the guidance of his father, a graduate of the Academy of arts named after I. E. Repin. In 1998 he graduated from the sculpture Department of the Minsk art College named after A. K. Glebov, and in 2004 – the Belarusian state Academy of arts, majoring in sculpture.
From 2005 to 2008 Dmitry Oganov trained in Creative workshops painting, drawing & sculpture under the Ministry of culture of the Republic of Belarus under the direction of M. A. Savitsky and M. L. Gumilevsky. More than three years he engaged in teaching at the Belarusian state University in the Department of design subjects such as drawing and monumental art in the interior and exterior.
Works in easel and monumental sculpture. Since 1997 actively involved in the Belarusian and international art exhibitions. In 2018 he was invited to Florence to present their works on the exhibition project "Arte senza frontiere" ("Art without borders"), which has been implemented since 2014, the development Fund of culture and education with the support of the Honorary Consulate of Belarus in Florence, the Belarusian Union of artists. Many works of Dmitry Oganov are in private collections in Belarus, Germany, Ireland and United Arab Emirates. 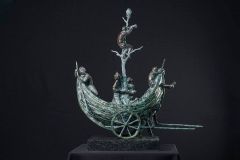 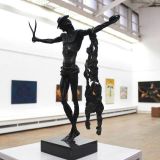 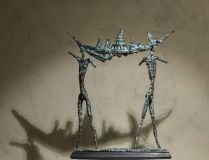 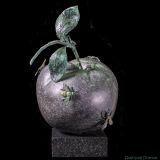 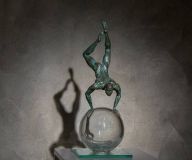