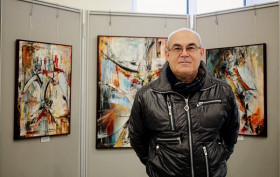 Total rating: 343
Rating by «Painting»: 292
Community ratings by author
Uniqueness of style:5.0
Originality of work plots:5.0
Mastery:5.0
Lednev, Alexander A. was born 30 September 1954 in the town of Syzran.
Graduated from all-Union correspondence machine-building Institute. I worked at industrial enterprises of the city, by profession he is a Metallurgist.

In 1990, Alexander graduated from art school in Syzran.

In 2001 he held his first solo exhibition "On the silk road with love" Exhibition hall in Syzran. Also began to exhibit his work in galleries in Samara and Togliatti.

In 2002, the Exhibition hall hosted the second solo exhibition of works Ledneva, A. A., "Les couleurs de la Russie." Since 2002 began to exhibit in France. Exhibition held once in the seven cities of the country. More than 80 paintings of the artist are now in France permanently.

In 2004, held a jubilee exhibition dedicated to the 50 th anniversary of the artist, she passed the Exhibition hall of Syzran.

In 2005 an exhibition in the regional Duma, Samara, and then a solo exhibition of works by Alexander Zubkov was held in France, in the city of Gonzag.

The year 2006 was also marked by solo exhibitions of the artist. They are held in the cities of France – montender, Mirbeau, as well as in Berlin.


In 2008 he became the President of the Russian branch of the Association "world Palette".

2010 – participated in the art salon of the city of La Bourboule, France.

Alexander Lednev writes as realistic landscapes and still lifes, and abstract works, constantly tries himself in different manners, hitting his fans with a breadth of creative range. Despite the variety of creative themes and painting techniques, his work immediately recognizable, the style and manner of the artist is always highly individual and unique.
Artworks of the master
all artworks of the master Lednev Aleksandr
In which currency should the prices be displayed on the website? 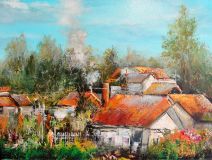 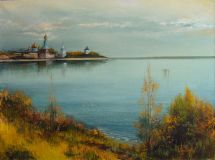 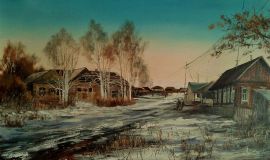 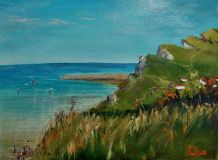 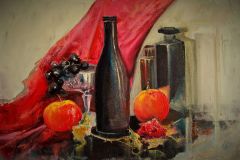 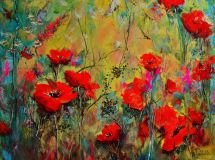 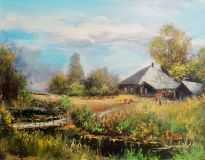