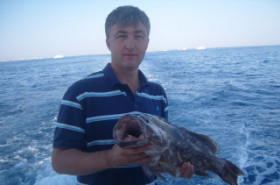 Total rating: 347
Rating by «Painting»: 27
Community ratings by author
Uniqueness of style:-
Originality of work plots:-
Mastery:-
Believing in God the way discovered the beauty of the created world. The same images as yesterday was a new sound, a new life. The nature around was inspire to look deeper. I live in Bashkiria. Beautiful places enough. Different places, different landscapes, different times. The deeper meanings. Why meanings? Because in every picture trying to lay some kind of special meaning or riddle, even if it's just landscape. Beauty, glamor is not everything. I'm interested in the characters in my work, not just colour and light captured and the more you look at the picture, the more falling in love with her, the more I see, the more to discover. Open the senses. To include the brain. Imagination flew. Me and customers at the paintings often gives these. Im wondering not only what I wanted to say I, but that opens the picture to them. Seeing my scenes, a man is involved in this game and he orders a story with their characters. Whether it is sky, tree, game objects, the moon, sunlight.
My wife is my Muse. Many of the works came in a joint work. To the many paintings she had written poetry. Beautiful. They picture, as brother and sister.
My Muse jealous of written works, sometimes it happened that she was protecting them from undue criticism. And I said, "No need. They already do... Let them live." Painting, as a born child. It is self-sufficient. Is the place to be. Already born. Already lives. People are different, patterns are different. Even the same color of different people is different emotion, despite tsvetopsikhologii. One red is aggression, the other the joy and action.
Exposing the works in the exhibition and interacting with the audience, often heard that people saw what you put on the canvas. The man saw his history. He had his novel. This is especially valuable for me. Picture live their lives, generate new stories in the imagination of the people.
Remember, as a child in school we were on the literature of Pushkin, Dostoevsky... the Teacher always was saying to us with his height, the height of the all-seeing and all-pervasive older, talking about us in particular work by the author. As if we do not read in Russian, and generally we do not understand these depths. And for some reason Pushkin was always the teacher revolutionary. And all the poems he had about freedom. But Pushkin - it's different. Different – from "minus infinity" to "plus infinity". So good.
You read the gospel? Reading the same place a few times, open up new meanings, like a diamond. What am I doing ? About the many meanings, so interesting.
Thus was born the series of works with the title: "the Creation". In search of new subjects, the Internet has stumbled upon photos of antelope Canyon, which is located in America. They struck. At first I thought that it was invented by man and are made on the computer.
But then, I realized – it is the hand of the Creator! Real rocks and caves. And a lot of images. The solution is to write a series of works. Adding imagination to what they see, enhancing images, more exposing and opening them to show a new story. Thus was born: "the Creation. Love, Creation. Eden, Creation. Night flight"... and so one by one quietly turned nine works. In each story: its music and its movement, its stillness and peace. But they are all linked by one concept. The exhibition of works hung closely next to each other. It turned out that one flowed into the other: night and day, the movement in contemplation.
In General, I invite you to participate in this journey, to discover new worlds, expand beyond! 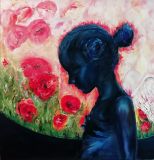 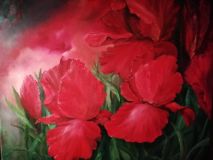 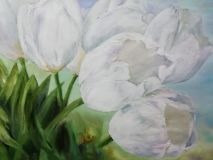 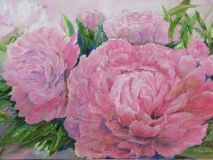 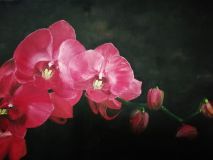