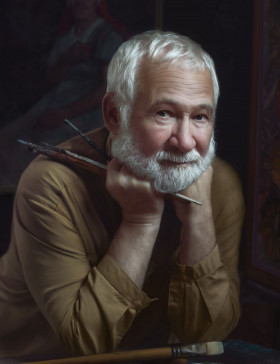 Total rating: 5
Rating by «Painting»: 2
Rating by «Graphics»: 3
Community ratings by author
Uniqueness of style:-
Originality of work plots:-
Mastery:-
Belan Vladimir Andreevich
Born in 1942
He graduated from the Kiev art school, class of painting and graphic faculty of the Moscow polygraphic Institute. Member of creative Union of Russian artists (gorkom artists charts) since 1968, member of the Union of artists of the USSR с1980. (MOSH, MA). Works are in the Museum of modern art in Moscow, the State literary Museum, the State Museum of Malta, the Museum of the Patriarchate, Zadar (Croatia), Urban gallery of the city of Rome, a New Museum in Moscow "portrait of the artist" and private collections in Russia and abroad. 219 participant of exhibitions of NH 21 personal. Repeatedly awarded with diplomas, medals and certificates of merit among others in 1979 "1st degree Diploma at the all-Union exhibition "Nature and We"," 1980 silver medal 1981 bronze, in 2009, the 2nd degree Diploma and a medal in the competition. Victor Popkov in the section genre, 2011 Diploma for the best work in the framework of the project "Creative environment", 2nd place at the exhibition of unique graphics and prints for color etching, 2011, 1 place for engraving on cardboard in 2012., diploma for engraving in 2014, awarded the Gold medal of the Creative Union of artists (2011). As a designer attracted about 300 books.
Artworks of the master
all artworks of the master Belan Vladimir
In which currency should the prices be displayed on the website? 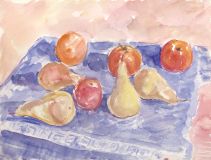 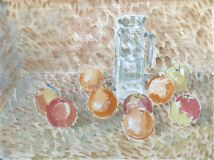 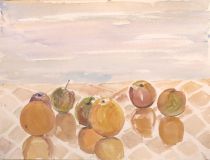 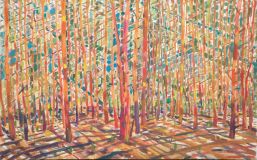 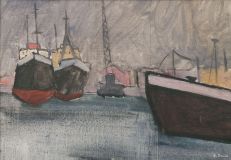