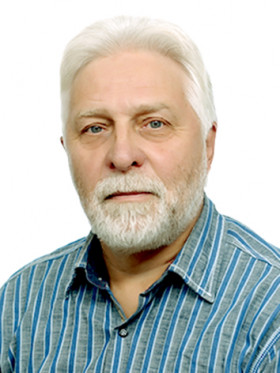 Born on 15 September 1951 in the city of Krivoy Rog. Since 1959 lives in Smolensk. In 1973 graduated from art-graphic faculty of the Smolensk state pedagogical Institute. Professional growth of the young artist largely contributed to creative trips, in the period from 1978 to 1989, the House of creativity "Academic dacha" and the advice and support of the father, Malkova Gennady is a professional artist and a member of the Union of artists of the USSR.
Since 1976, constant participant of regional art exhibitions. In 1980, for the first time participated in zonal exhibition "ARTISTS NECHERNOZEMIE." Since that time, regularly participates in regional, all-Union, Republican, international, regional art exhibitions.
In 1989 Yuri Malkova was admitted to the Union of artists of the USSR. Since 1991 – member of Union of artists of Russia. From may 1999 to September 2012 was Chairman of the Smolensk organization of the Union of artists of Russia. Delegate to three congresses of the Union of artists of Russia (VIII – 1999, IX – 2004 X-2009).
During his tenure as Chairman of the Smolensk organization of the Union of artists of Russia, Yuri'kov was active in social work in the city of Smolensk and in the region, working in committees and public boards related to art and culture, which constantly and consistently defended the interests of the professionals of art. Achieved inclusion in the Federal Plan of preparation of celebrating of the 1150-anniversary of Smolensk, the construction of Cultural and exhibition center named after the Tenishevs, took an active part in developing technical specifications while designing ECC. In 2005-2009 he was a member of the Public Council of the Central Federal district of the Russian Federation of Smolensk region, where he worked in the standing Committee on culture and preservation of cultural and spiritual heritage. Repeatedly participated in the vystavkomov of the Union of artists of Russia with the organization of regional and national art exhibitions.
Creative work and talent of the artist is marked by numerous Diplomas of the Union of artists of Russia. 2006, Association of museums of cosmonautics, medal Yuri Gagarin. In 2009, for achievements in the field of fine arts was awarded a State scholarship in the field of fine arts. In 2009, the decision of the Secretariat of vtoo "Union of artists of Russia" was awarded the Gold badge of "Spirituality, traditions, mastery".
About the artist published numerous articles in local Newspapers and magazines, and the newspaper "Artist of Russia", published booklets, catalogues and the album works.
The artist's works in the collection include the Directorate of art exhibitions of Art Fund of Russia, Smolensk state Museum-reserve, the Ulyanovsk state art Museum, State exhibition hall-Museum "Heritage" in Moscow, the Museum of the Department of Internal Affairs across the Smolensk region, museums in regional towns Smolensk region, Gagarin, Roslavl, Desnogorsk, Demidov, Yelnya, and museums districts of the Bryansk region – Newly and Unecha. 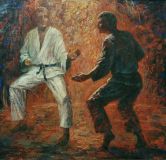 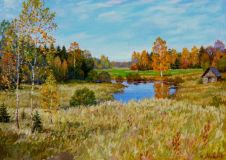 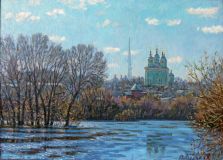 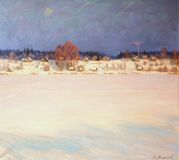 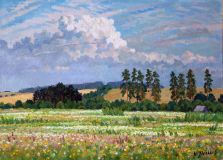 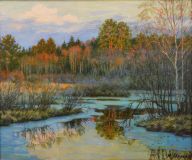