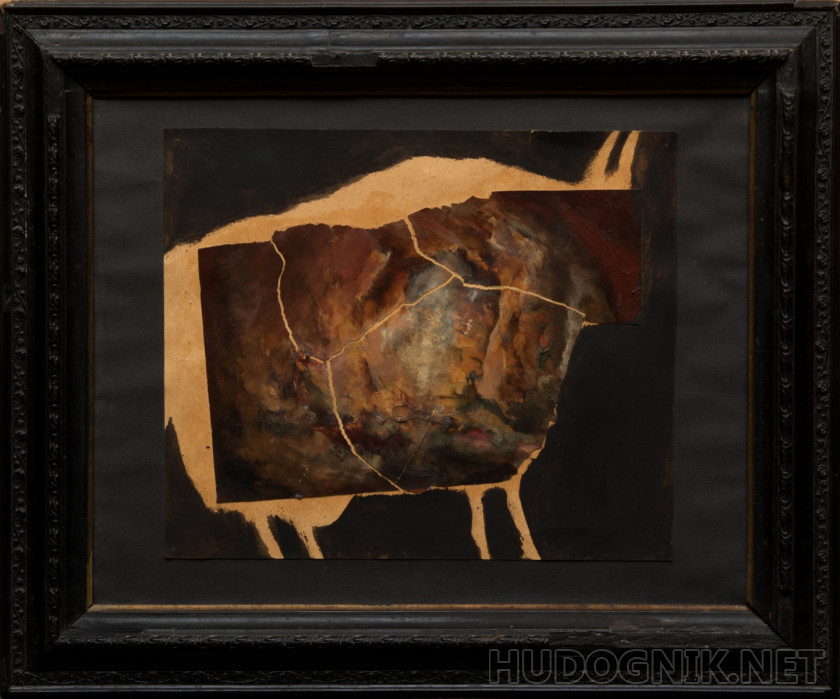 Traditionally, for the consideration of artistic phenomena, initially determine the system of coordinates. And if you doubt her need? But how then to consider the artistic phenomenon? And immediately the question arises: does all this artistic phenomenon? Considering that a traditional system of coordinates, we traditionally also forwarded in the marginal zone of anarchy. But let us ask ourselves: where did this coordinate system, and who and when was her first knyazhichi? Dragging through time, the conventional straight back, passing the bones of the forefathers, we get to the cave ancestor. We are already familiar with. He already gave us your five, through the millennia, accompanied by their silent and undeniable: I am the best. On what coordinate system we consider the frescoes of Altamira and Lascaux? The presented work is executed in mixed media - oil on paper applique collage duplicated on paper, framed in old antique frame with losses. All together - impromptu via catharsis.
Location of the painting: Saint Petersburg
Category: Painting
Style: Modernism
Genre: Animal Animals Cows

The painting is framed.

Korzuhin Pavel
Saint Petersburg, Russia
Customer reviews: 0
Reviews of specialists: 0
Add to cart
cave , cave painting , bull , prehistoric paintings , applique , collage , painting , oil painting , primitive art
322 0 0
Community Performance Assessments
Style: No ratings yet
The plot is unique: No ratings yet
Mastery: No ratings yet
Comments (0)
To leave a comment, you need to log in.
If you do not have an account on our website, you must register.
Artworks of the master 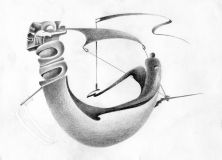 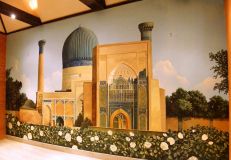 Panel from the mausoleum Gur-Emir in the break room in a private house
455x289, concrete, acrylic
Korzuhin Pavel
23200
﻿