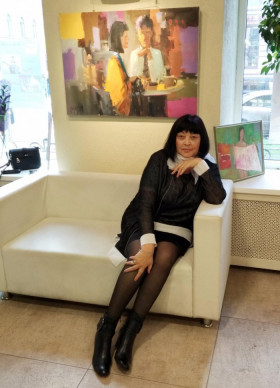 Total rating: 193
Rating by «Painting»: 57
Community ratings by author
Uniqueness of style:5.0
Originality of work plots:5.0
Mastery:5.0
Larina Tatiana. 27.04.58 G. retired. By training, a Lawyer.Write oil paintings from the heart, and soul.. Participate in exhibitions and competitions in different cities of Russia and abroad.. Love everything beautiful, music, poems, paintings, I love nature in all its forms, thunderstorms, and in the dew barefoot, or collect a basket of mushrooms and listen to the trill of the Nightingale in the night, but the star is falling, make a wish))))
Member of Creative Union of Artists "Palette"... In the Professional Union of Artists.
3 solo exhibitions, many joint, have diplomas and awards.
1.First solo exhibition, "a View from the soul" was held in Samara provincial Duma, February 4, 2014
2.Second , with the same name , MBU"Culture" the Regional children's Museum, the Neftegorsk g. 4 APR 2014.
4.The third "Breath of spring" in the cinema "Art ", Samara, 11марта 2015 joint exhibition" April 27, 2015 Samara , the Museum of Alabina (diploma for participation), Museum of Alabina April 2015,"Thank you soldiers for victory"...
Russian Art Week in Moscow 2014 (2 diploma for participation),
ART festival "make yourself" 2014 Neftegorsk( diploma)
Museum of Marina Tsvetaeva in Moscow in September 2015...
Joint exhibition Artist TV in Dresden , diploma Grand - Prix and diploma for the participation...the Grand Prix in the exhibition "Golden age" of Russian literature in Bratislava and there is also the diploma for participation... Continued this exhibition in Naples diploma of 2nd place, and a second diploma for participation... on 16 September, the continuation of this exhibition in the Ministry of foreign Affairs, Moscow...
Showroom Ki CKI, AVANT-garde, Moscow , street of General Belova, d. 18. The exhibition "a moment in the AVANT-garde" 1 Dec to 30 Dec 2016 (joint exhibition project)..
3.APR 2016.Gold medal of the Archangel Michael in the category of impressionism at the contest, New York Realism Fine Art .
Artworks of the master
all artworks of the master Larina Tatyana
In which currency should the prices be displayed on the website? 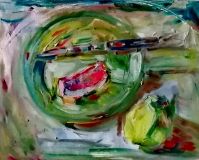 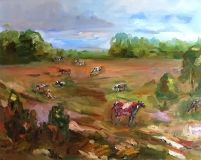 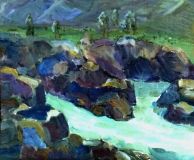 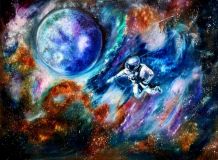 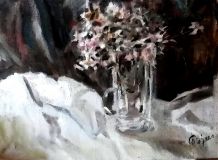