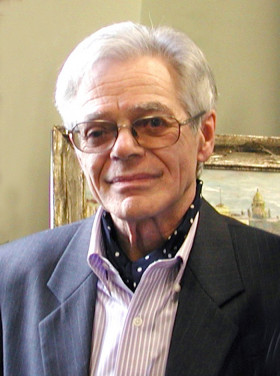 Community ratings by author
Uniqueness of style:4.9
Originality of work plots:5.0
Mastery:4.7
Born in 1937 in Leningrad.
Painting by Vladimir Volosov – the second life of a scientist, doctor of physico-mathematical Sciences, Professor, laureate of the State prize of the USSR, author of more than 100 scientific papers in the advanced field of modern science, nonlinear optics. In 1990, the "earthly life passed before the half", the scientist leaves the science and completely devoted himself to painting. Changing the profession, he decided to literally live another life – the life of a free artist.
Today he is an accomplished artist, the author of nearly a thousand paintings. A member of the professional Union of artists
Vladimir Volosov works in a style he defines as "lyrical realism"
Lyricism, wonderful sense of color and harmony, are combined in his paintings with interesting light and finds the original author's technique, different texture and expressiveness.
The work of Volosovo were exhibited in more than 30 Russian and international exhibitions are in galleries and private collections of Russia, Europe and the United States, including former St. Petersburg mayor Anatoly Sobchak, who personally opened the exhibition in Smolny (1994), President of Belarus Alexander Lukashenko in the center of the Diaghilev art (St. Petersburg).
In 2006 he published the album on the work of Vladimir Volosov (publishing house "Kovcheg", St. Petersburg).
In a 2010 publication in the Swiss edition "Who is Who in Russia"
In 2013 4 in the album "International Contemporary Artist" New York


"I'm glad to know not only Your creativity, but also with You personally - man of extraordinary destiny"
A. Sobchak. The Mayor Of St. Petersburg

“Rarely, but there are people who one life. And they manage to live several of them in the same the Lord has given the term ”
B. Mazo "Business Petersburg”

"I wish Vladimir Volosov to remain himself – not listening to the "wise" advice. You need the courage to starting the fate of the artist in adulthood, to stay true to yourself".
M. Herman
Professor, doctor of arts, academician of Academy of Humanitarian Sciences, member of the International Association of Art critics (AICA), chief researcher of the State Russian Museum 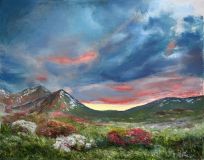 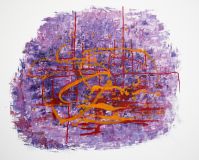 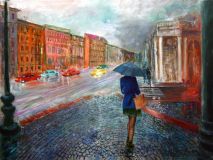 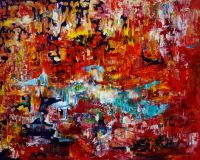