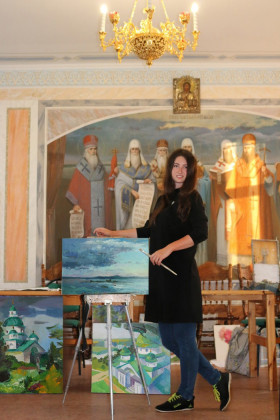 Total rating: 2
Rating by «Painting»: 2
Community ratings by author
Uniqueness of style:-
Originality of work plots:-
Mastery:-
Member Of The Union Of Artists Of Russia (Saint Petersburg)
Member of the Hermitage "culture of art" (Vyborg)

Live and work in Saint-Petersburg.
Graduated from the Saint Petersburg state art-industrial
Academy. Stieglitz (2010 – 2016)
and with honors from the Krasnodar Art College (2006 – 2010)

Exhibitions:
I am an active exhibition activity.
Constantly take part in Saint-Petersburg, all-Russian, International exhibitions and charity projects.
Have the publications, diplomas, and certificates.
Works are in private collections.

Achievements:
In 2015 and 2016 awarded a grant from the Academy of Stieglitz, as a representative of active creative young people.

• Work "Daegu" was awarded a Diploma of Laureate at the International exhibition of painters,
graphics and decorative-applied art in the framework of the International festival "INTERFOLK" in Russia (the State academic Capella of St. Petersburg, 2011).

• After participating in the exhibition-competition "the Big break" are invited for artistic practice in the Sheremetev Palace.
Designed the directory for projects "Big vacation" and "Hear the art". The exhibition was held in the framework of large-scale cultural project,
dedicated to 300 letiyu of the estate "Fountain house", curator O. N. Yudin. (Sheremetev Palace, St. Petersburg, 2012.)

• The diploma of the Winner for the design and illustrations of the book "Russian way of life of the XIX century"
the terms and concepts in the exhibition Project "ACADEMIA"
(Loft Space ETAGI, SPb, 2014).

• Thesis Design and illustrations of the book "the Little Prince" represented the Department of Graphic design
at the jubilee exhibition of the best works of students of Academy "School of art and industry: past, present, future"
(Dedicated to the 200th anniversary of the birth of the founder of the Central school of art, Central exhibition hall spghpa them. Stieglitz, 2014).

• Awarded a Diploma for the work "Funnel of time" II International triennial of graphics "BIN-2014" (CEH spghpa them. A. L. Stieglitz, St. Petersburg, 2014).

• The Laureate diploma for the work "Siren" at the exhibition-contest "seeing the music. Heard painting" (
State academic Capella of St. Petersburg, 2015).

• Diploma of III degree for the work "the Boat of Heaven and Earth" contest "Roads of Peter the Great
(St. Petersburg Center for humanitarian programs supported by the delegation of the Ministry of foreign Affairs of the Russian Federation
in Saint-Petersburg and Peter's Academy of arts and Sciences, 2017.)
Artworks of the master
all artworks of the master Ryilina Alina
In which currency should the prices be displayed on the website? 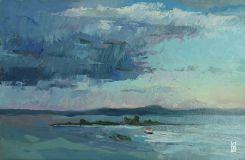 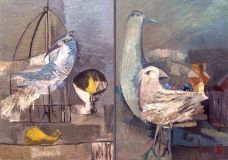 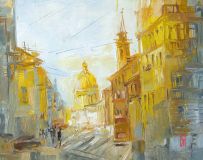